The Digital Doctor is “In”

An Accenture survey among 3,700 doctors in eight countries reveals that today’s doctors are going digital—now more than ever before. In fact, the recent Accenture Doctors Survey showed a spike in healthcare IT usage across all countries surveyed.

Globally, the number of physicians who describe themselves as “routinely” accessing clinical data about patients seen by different health organizations has increased by 42 percent (rising from 33 percent of doctors surveyed in 2011, to 47 percent in 2012). This leap in activity is promising as it illustrates that doctors are embracing the benefits of sharing and receiving information via Health Information Exchanges.

Learn more about the survey and what it means at Accenture’s website.

The Leidos Partnership for Defense Health celebrates another #MHSGENESIS milestone, delivering the electronic health record to nearly 6,000 additional clinicians and other providers in San Diego. Executives from the #MHSGENESIS Leidos Partnership for Defense Health (LPDH) discussed their role in deploying this #EHR modernization system - what’s working, areas for expansion, and opportunities for Industry as the @DeptofDefense continues its rollout. 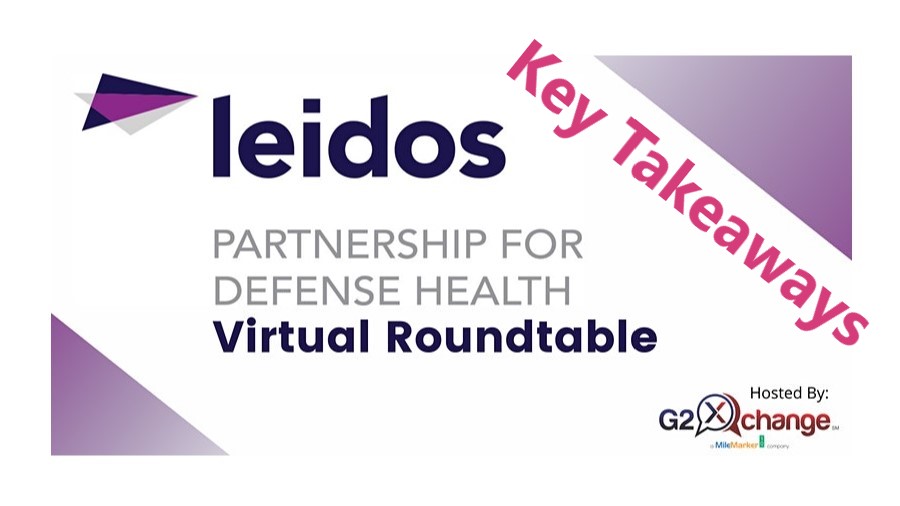 Following the Electronic Health Records Modernization fireside chat during the FedHealthIT100 event, requests were made to hear an Industry perspectiv...