The Relationship between Oral Health and Whole Health

For decades, access to and coverage of dental health services for active-duty military and reservists has been an area of growing concern at the highest levels of government. In 2008, in a hearing on dental readiness in the Army Reserves, former Arkansas Congressman Vic Snyder, then the chairman of the House Armed Services Committee on Oversight and Investigations, said, “The most important thing that [service members] bring to the table is their health; the medical and dental readiness of the force…. Oral health is an often overlooked, but extremely important aspect of overall pre-deployment readiness.”

His concerns were well-founded: According to the Department of Defense, when the Persian Gulf War began, almost 25 percent of the troops mobilized could not be deployed because they did not meet dental readiness requirements. And at the time of the hearing, 57 percent of the Army National Guard, 50 percent of the Army Reserves, and 22 percent of the Marine Corps Reserves were not ready to deploy because they did not meet standards for dental readiness. Even as recently as 2012, dental health issues were “the most common reason that soldiers can’t deploy,” according to the National Journal.

Indeed, Army regulation 40 -35 states that “dental readiness is fundamental is maintaining unit readiness and reducing non-combat dental casualties during deployments. Community oral health protection emphasizes not only oral health, but also general wellness and overall fitness of our soldiers and all authorized beneficiaries.

Clearly dental health plays a critical role in the ability of America’s armed forces to mobilize and deploy rapidly in the face of emerging global threats. Oral health issues can be a huge distraction in military theatre, particularly since it is more difficult for deployed forces to receive appropriate dental treatments. For this reason, the Leidos Partnership for Defense Health includes Henry Schein, whose Dentrix Enterprise solution leads the public dental health industry.

This focus on dental health as a key component of overall public health and a factor significantly impacting military readiness is the reason that the Leidos Partnership for Defense Health built a team that includes not only a leader in clinical EHRs, but also a trailblazer in electronic dental records. We are proud to offer Henry Schein’s industry-leading Dentrix Enterprise EHR as part of our solution for the Department of Defense. Learn more about Dentrix Enterprise here.

Learn how technical thought leaders from the Leidos Partnership for Defense Health are tackling the most daunting challenges for the military health system.

Following the Electronic Health Records Modernization fireside chat during the FedHealthIT100 event, requests were made to hear an Industry perspectiv... #MHSGENESIS, the program helping to provide a single, common health record for Service Members, #Veterans, and their families is now operational in California and Nevada, including the @USCG. 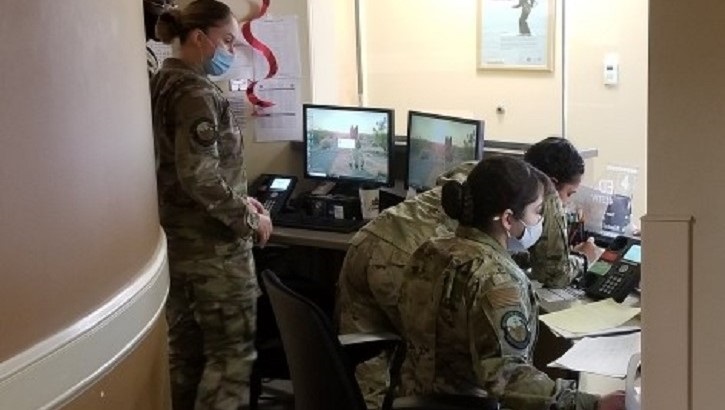 MHS GENESIS is being implemented at DOD hospitals and clinics in a phased approach over the next several years.